After Nine Years and 2,810 Posts, a Dot Earth Farewell


This is the 2,810th and final post in the nine-year inquiry I began here while still a Times news reporter on October 24, 2007.

In my 33rd year writing on global environmental issues, I am moving back to in-depth journalism, which is where I started in the early 1980s as a magazine editor and writer.
Starting today, I’ll be reporting for ProPublica, the independent public-interest
newsroom honored with everything from three Pulitzer Prizes to a recent shout-out by John Oliver.

I can’t think of a better way to describe my beat there than by pasting the reply I offered after a friend asked me over the weekend to come up with a New Year’s resolution related to my work climate change:

“In the midst of extraordinary political upheaval in the United States and other inward-turning countries, I resolve to keep my reporting focused on what policies or practices, from local to global
scales, can help or hinder humanity’s journey toward a sustainable relationship with climate and energy.”

There’s a time for everything, as I said when I first mentioned the move. And,
boy, the time seems right. I have moved back into full-time journalism to help crystallize my findings while trying hard to keep testing my assumptions. As I explained last winter in my Issues in Science and Technology essay,
I’ve unlearned almost as many things as I’ve learned about human-caused climate change in more than a quarter century of reporting on the issue.

I’ll miss Dot Earth (along with the teaching and documentary filming I’ve done at Pace
University since I left The Times staff at the end of 2009). But it is time for focus, depth and synthesis.

I created the blog in 2007 (with invaluable help from Jeremy Zilar) to provide some clarity amid debates around the amorphous notion of sustainability. Last April, I wrote a piece for
Times Insider tracing Dot Earth’s origins and the roots of my passion for online interactive journalism, which really began much earlier — when I was camped with scientists on the sea ice drifting around the North Pole in 2003 and a home-page editor suggested I do a reader
forum.

I’ve learned a huge amount through this effort, including, yes, from many of the readers who contributed 167,740-odd comments along the way. There’s been an insight almost every day amid the flow, which
is why I never followed NPR or other news organizations that abandoned comments. That’s also one reason I’ve described myself off and on as a “selfish blogger.”

I’ll miss much about The Times after a 21-year association, particularly dozens of colleagues who became friends after so many years of working shoulder to shoulder.

I deeply appreciate the investment the paper made in sending me to the Arctic three times, as well as providing an outlet for my quirkier reporting
on everything from worm vending machines to heavy metal singers.

But my move doesn’t necessarily mark the end of my contributions there. ProPublica has collaborated with The Times off and on, as in Abrahm Lustgarten’s contrbutions to Sunday Review on water issues and a remarkable ProPublica story by Ryan Gabrielson and Topher Sanders on a flawed drug test used by many police departments, which was excerpted in The New York Times Magazine in July.

Thanks for visiting Dot Earth today and I hope you’ll sift back for posts on enduring issues and concepts like the “population cluster bombs”
that are the real peril from high fertility rates; evidence that humanity’s amazing, sometimes-exasperating diversity is perhaps our species’ most adaptive trait;
and the idea that when numerical goals seem out of reach, there’s much that can be accomplished by fostering traits in society that guarantee some progress.

Communication is vital to fueling and sustaining progress. I hope you’ll let me know what you learned here. I’m turning off comments for this post because there won’t be anyone to vet them.

[Here’s a Facebook Live message to my followers on this transition, recorded on my first commute.]

Finally, music will continue to keep me sane. (Follow my band, Breakneck Ridge Revue, which is becoming the Hudson Valley’s answer to Prairie Home Companion.)

In closing, here’s a song of mine that relates to making the most of a finite, fast-forward life: 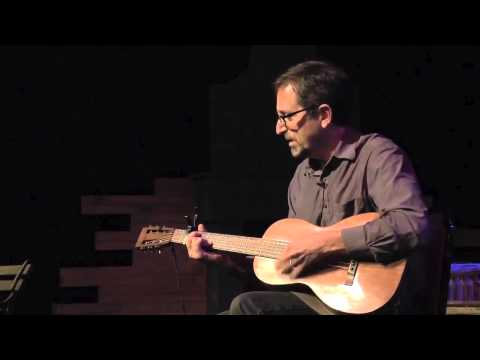 Postscript | In case you were wondering, Dot Earth remains the property of The Times, having been conceived when I was on staff. I hope the paper finds a use for it in planned reconfiguration of online climate and sustainability coverage.

‘The largest oil play of the decade’

How to combat climate anxiety

Why You Should Never Mix Baking Soda And Vinegar When...

5 Reasons To Start Freelancing As A Design Student