Jumgo Creative’s Music Party KTV is a vibrant and contemporary karaoke lounge located in Chengdu, China. In a unique interpretation of the typical KTV (Karaoke Television) – a cultural staple in East Asia where people gather to perform and enjoy karaoke in private lounges – the designers have created a new concept for a new generation of entertainment. Targeted particularly towards a younger, more modern and individualistic audience, the interior of Music Party KTV fuses elements of eastern and western design to present a dark and immersive space illuminated by bold colours, LED lighting, and contemporary graphics and signage. The most striking feature — a Chinese dragon sculpture hangs from the ceiling over a central seating area, enlivening the dark space with an icy blue glow, and immersing visitors in the eclectic experience.

all photography by He Chuan

The concept for Music Party KTV redefines the typical karaoke lounge space and modes of entertainment for a hip, young audience. The unconventional interpretation of KTV sees a fusion of eastern and western design and culture elements to encapsulate an energetic spirit of entertainment. The striking exterior places the music lounge prominently on the street front. Bright LED signage, large screens with bold dragon illustrations, and vivid iterations of the slogan ‘It’s Time to Party’ invite people to enter the space. This imagery is continued inside where the dark, intimate interior immerses visitors in the spirited individuality and character of Music Party KTV, wherein bold lighting radiates from cultural icons to engulf visitors in an eclectic atmosphere to enjoy the karaoke experience.

Jumgo Creative design a darkened, moody interior, illuminated both starkly and soft by only atmospheric lighting radiating from the design elements. In a large open hall composed with perfect symmetry, the design team melds modern and traditional aesthetics and street icons with stylized elements, futuristic LED lighting, traditional signage and lanterns, and imagery of the Chinese dragon to reveal a dynamic and captivating ambience. These distinct design elements, alongside the large, bright multimedia screens depicting contemporary graphic illustrations of dragons center around minimal Chinese style sofas, while an imposing sculpture of a Chinese dragon hangs from the ceiling, illuminated by icy blue lighting that emanates from within. 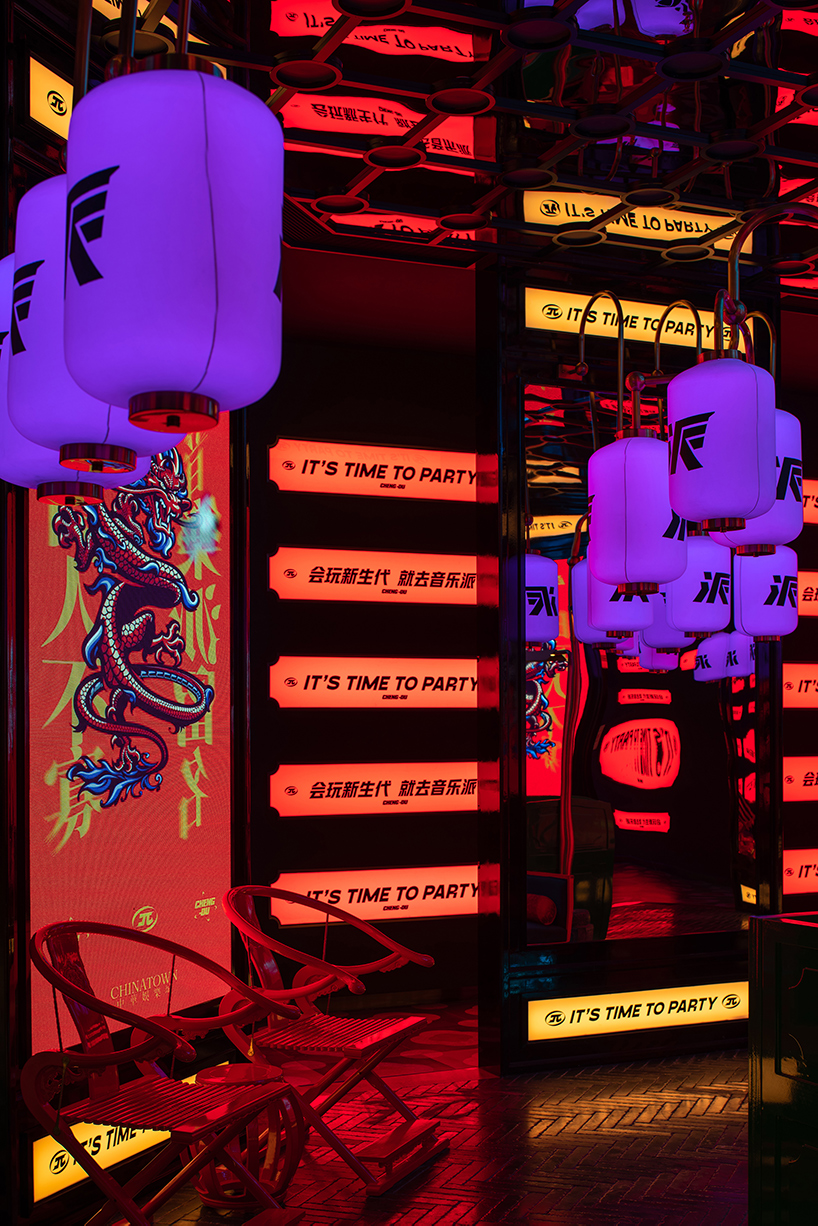 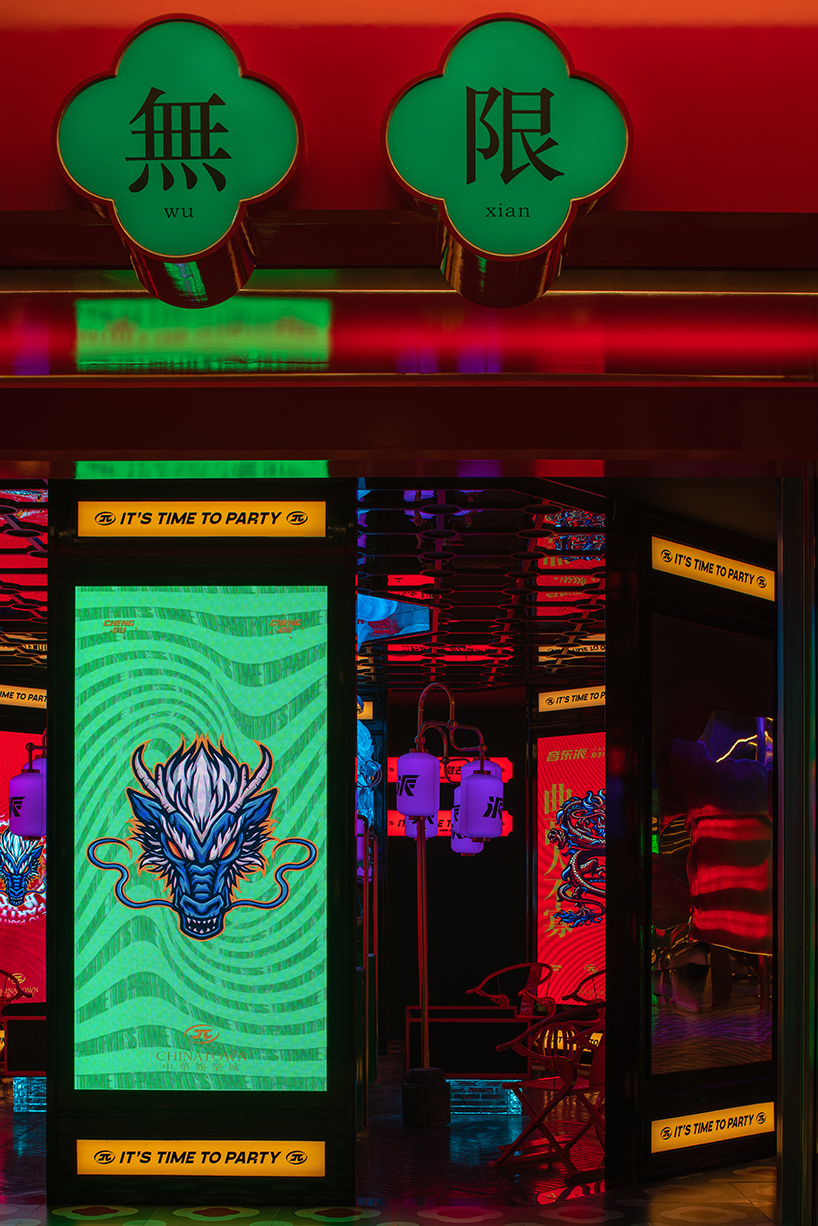 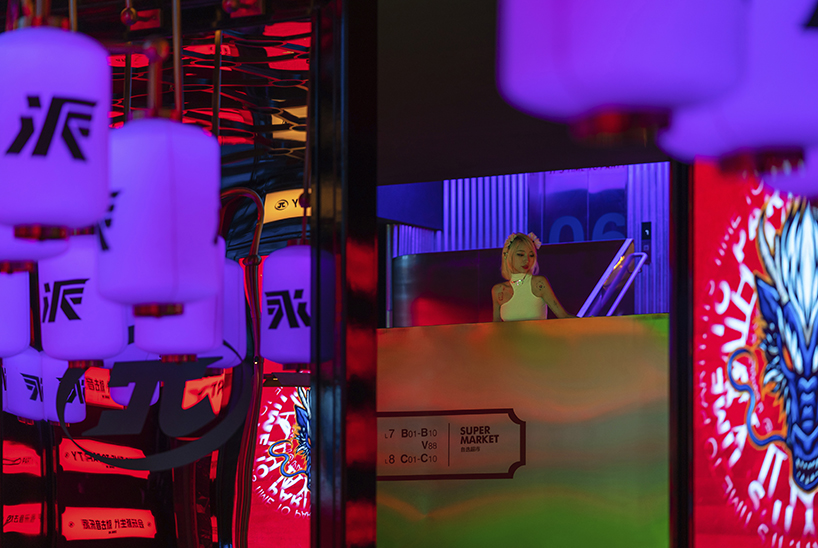 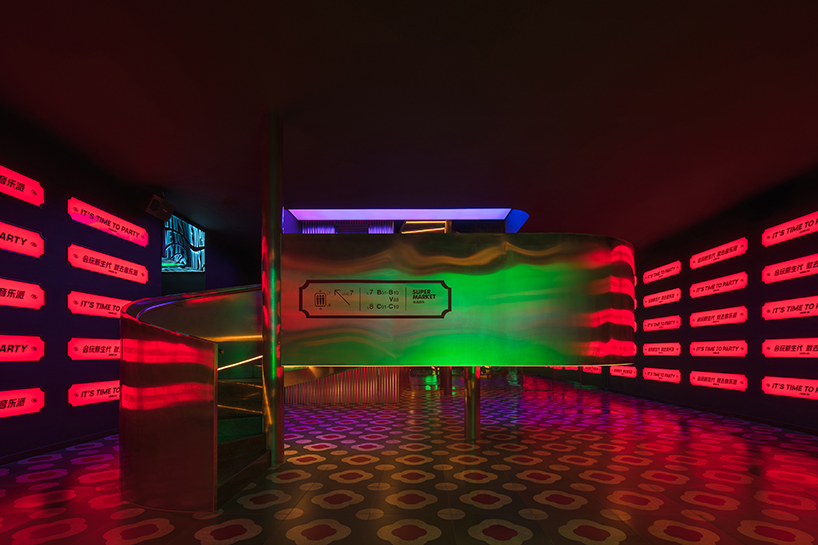 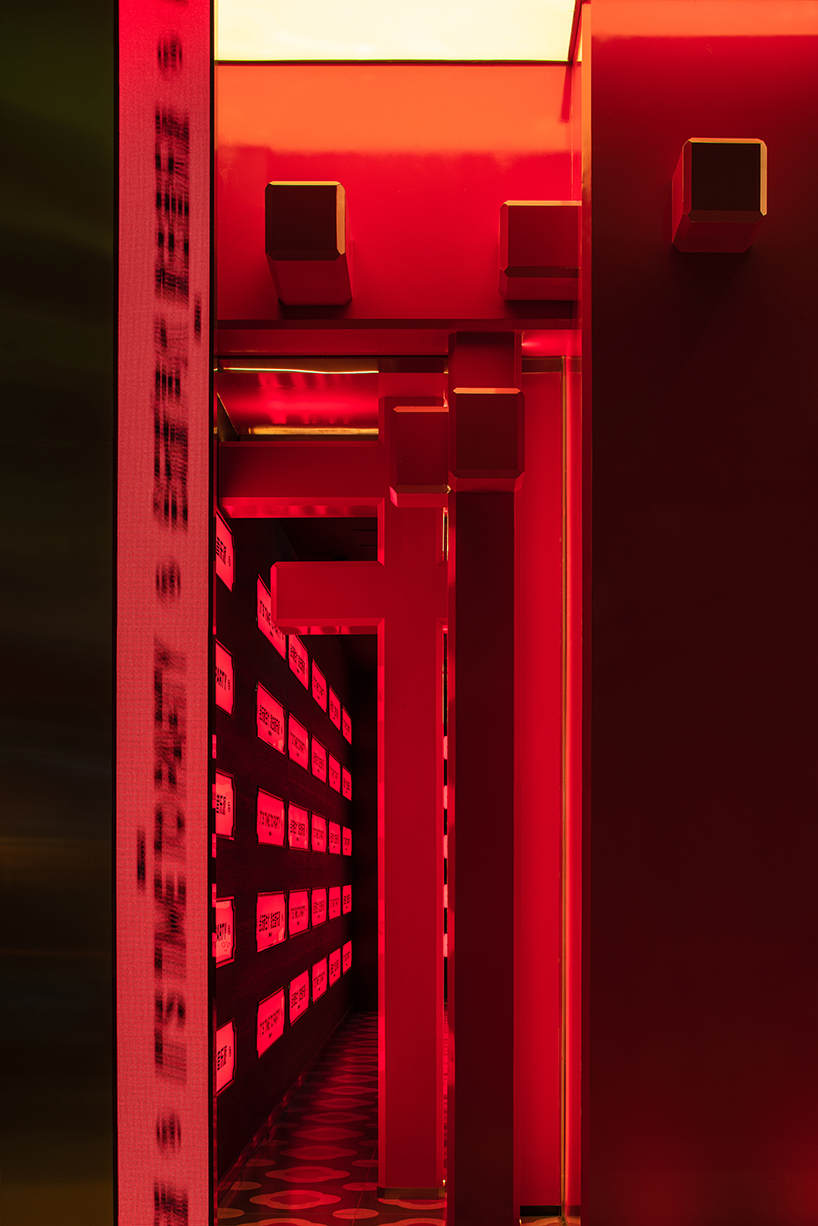 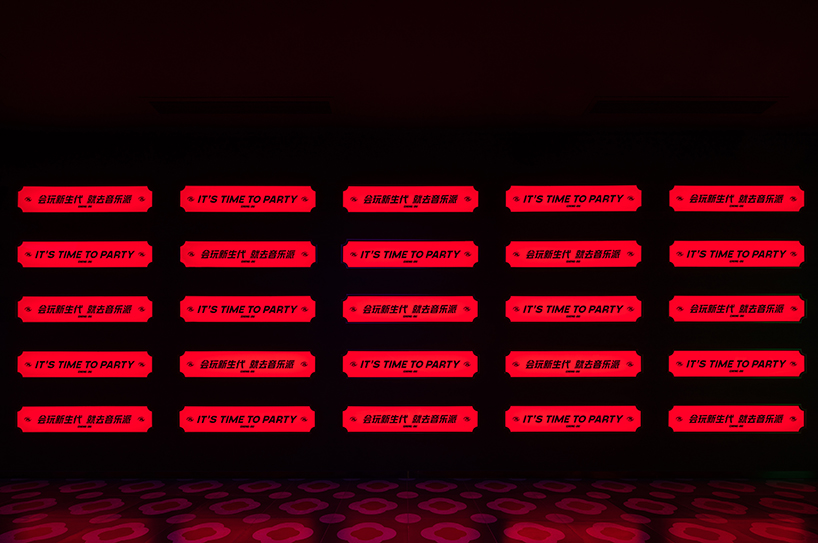 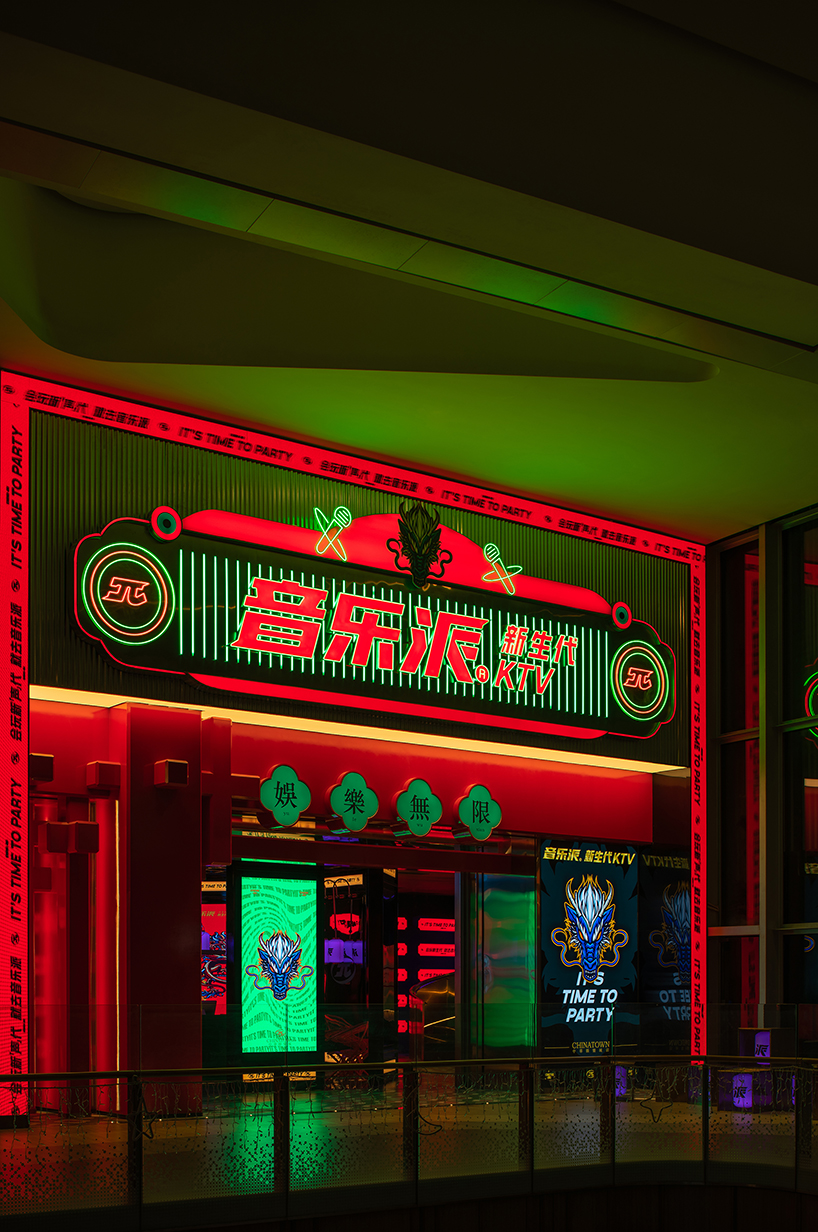 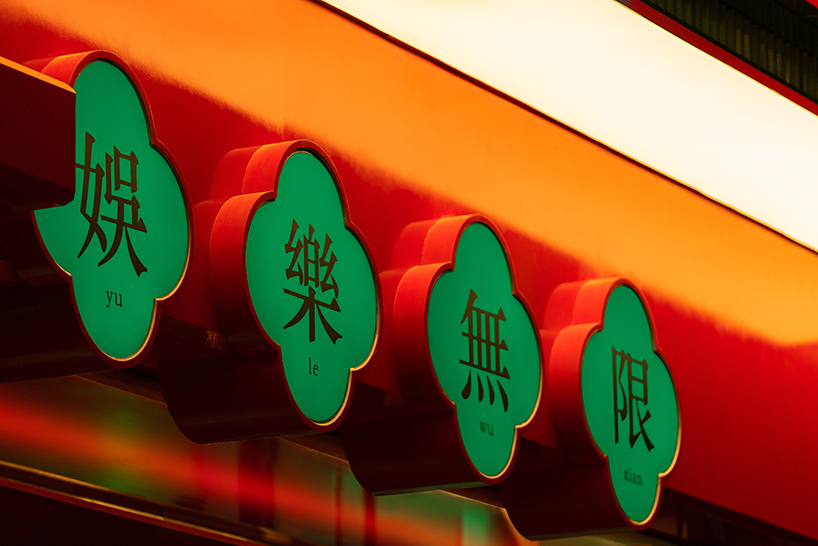 designboom has received this project from our ‘DIY submissions’ feature, where we welcome our readers to submit their own work for publication. see more project submissions from our readers here.

How to create your own logo in 6 steps

Are celebrity products green for Earth or their wallets?

A subscription service that works to fund climate action

Design activism: what good can graphic design do?